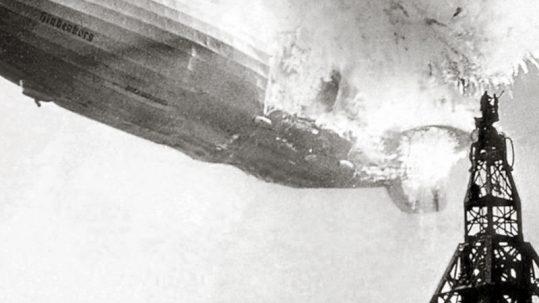 The Hindenburg was an engineering masterpiece, an airship as large and as grand as the Titanic – and as doomed. On May 6, 1937, a young radio reporter named Herbert Morrison was on hand to record the Hindenburg’s arrival at Lakehurst, New Jersey. Instead, Morrison helped radio to broadcast one of modern history’s great disasters, as it suddenly unfolded in all its terrible glory.

But even as Morrison’s eyewitness report chronicled the end of one era, it signaled the beginning of another – an age in which electronic media would routinely report shocking events in the moment that they occurred. In addition to the story of the Hindenburg, this episode will serve as the “overture episode” previewing Season 1.