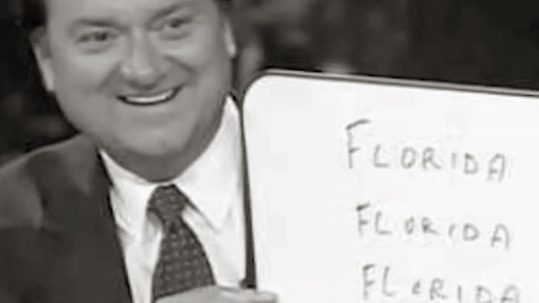 It was the election that did not decide the presidency, and the biggest media debacle since “Dewey Defeats Truman.” The 2000 campaign between presidential candidates George W. Bush and Al Gore was shaping up as a cliffhanger. Pundits predicted that its outcome would hinge on results from a few key states – Ohio, Michigan, and most of all, Florida. On election night, television news organizations staged a collective drag race on the crowded highway of democracy, recklessly endangering the electoral process, the political life of the country, and their own credibility.