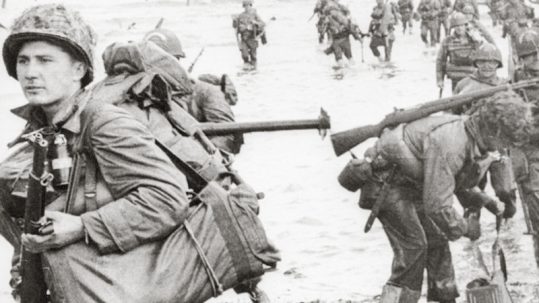 It was the biggest overseas military operation in the biggest war in world history – and its best kept secret as well. D Day turned the tide of battle in World War 2. D Day demonstrated radio’s ability to carry news with clarity and immediacy. And while reporters like Robert Trout, Edward R. Murrow, and Richard C. Hottelet became household names, it was the ingenuity of an NBC stringer reporter named Wright Bryan, who finagled his way aboard a flight of paratroopers and became the first to report the landing.

Initial “We Interrupt This Broadcast report of the German News Agency…”