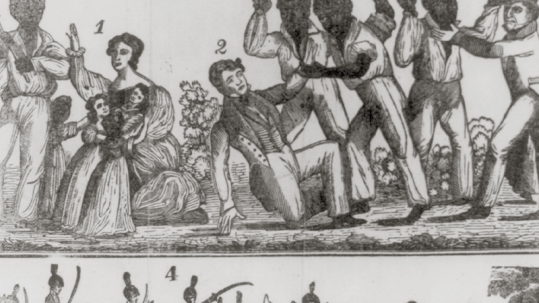 Nat Turner is an emblem of the searing wound of slavery in American life. In the summer of 1831, a band of some forty slaves led by Turner attacked slave-owning residents of Southampton County, Virginia. One of the largest and most violent revolts in the history of the young nation. An outcry against the South’s exploitative slave system, the revolt was suppressed within forty-eight hours, and Turner, who eluded authorities for months, was eventually captured, sentenced to death, and executed. The impact of Turner’s uprising was monumental. Abolitionists looked for ways to encourage and support future insurrections while white Southerners took revenge on both slave and free African Americans.

This episode will be dramatized as if being reported by broadcast journalists. The names of actual reporters of the day will be used and as much as possible, the reporting will be in the vernacular of the era.